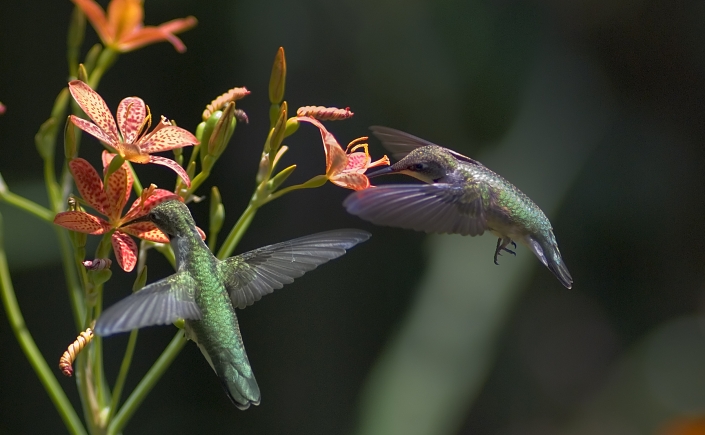 From Tuesday to Friday each week, I watch a little girl called Éva, who is 17 months old. She is a delightful child, full of life, curiosity, and good humor.

This week Éva wasn’t feeling well, so we watched one of Mr. Rogers’ operas, “Windstorm in Bubbleland,” 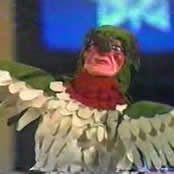 over and over. Éva is born to opera: her father is the director of OperaSLO, and her mother is a great lover of opera.

I enjoyed Windstorm so much that I played it for Tom and later for a friend.

In the opera, Hildegarde Hummingbird, played by Lady Elaine, warns the people of Bubbleland that a great windstorm is coming, but no one will listen to her.

“Why won’t you believe me?” she asks, and the people of Bubbleland sing back,

“Because we don’t want to!”

The summary of Windstorm in Bubbleland on IMDB ends:

The wind attempts to utterly demolish Bubbleland. The fate of the world rests in the wings of an unsung feathered heroine. 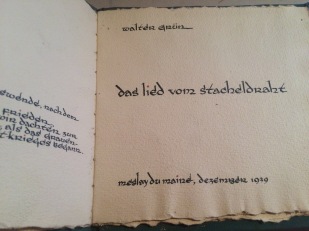 This morning, the morning following the Paris attacks, the dawn of the apocalypse, I came across an old, handmade book hidden among some papers I was sorting for our coming move. It is a poem by Walter Gruen, written in December, 1939, while he was interned in Meslay du Maine, France, along with the artist who created the little book, Hugo Price, my father, and many other Austrian and German Socialists, intellectuals and artists.

The Song of Barbed Wire

Black and full of clouds

hardly any stars shine in the sky…

Will the night ever go away and the sky begin to lighten?

separates us from love.

When will freedom blossom?

Freedom, ah, you are so ardently awaited!

in all the lands

Moments after I shared the book with Tom, we discovered a hummingbird trapped in each of the three skylights in our bedroom. Three hummingbirds! Three rufous hummingbirds, the California version of Hildegarde, banging their heads against the glass.

We tried to free them, but it was time to go to the farmers’ market. After making sure the cats were elsewhere, we left the three hummingbirds to exhaust themselves until they fell, and hopefully to fly away when they recovered.

As I got into the car with my bags for the market, I moved a piece of paper from my seat. It was a flyer for a friend’s radio show: 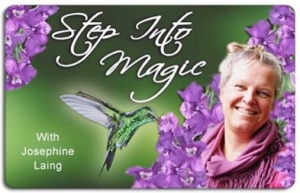 A couple hours later, two of the three in the skylights were gone. The last one, like Hildegarde at the end of the opera, lay silent on the floor. As I picked the tiny body up, it woke, shook itself, and flew off. Like Hildegarde.

Traditionally a harbinger of the joy of life and of synchronicity, hummingbirds also symbolize courage, adaptability, determination and flexibility.

Four hummingbirds show up just when I’m feeling the end of the world is surely at hand. There must be a message here, don’t you think?

12 thoughts on “Hummingbirds (or, The End of the World)”