Who can resist the radiance of a smile? 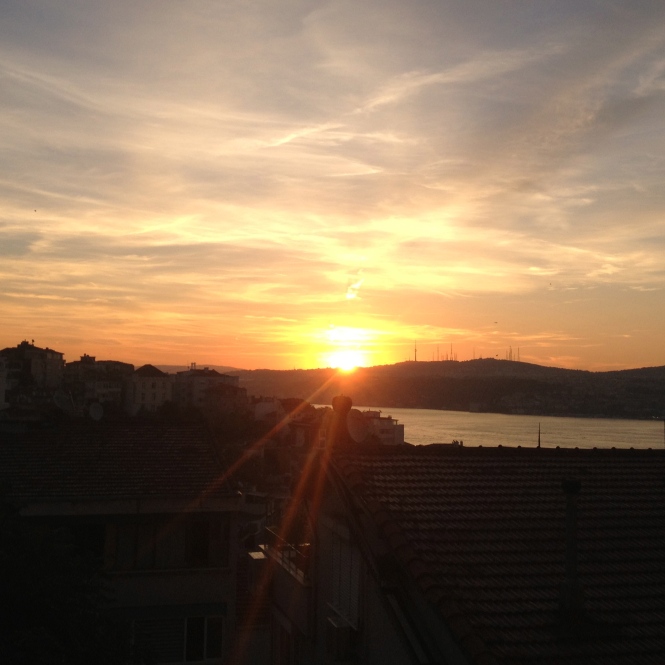 Or the sun’s rays?

Or the sun in a flower

or a flower in the sun?

Radiance is both round and rayed.

Islamic art is full of centered circles with rays. 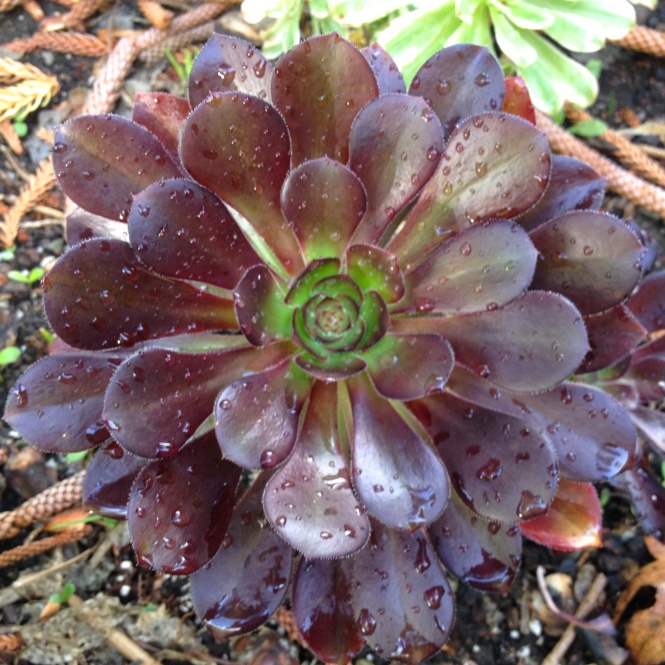 Radiance is basic to life.

It’s in the ceiling of this African house

and in this plant bursting through a crack in the concrete 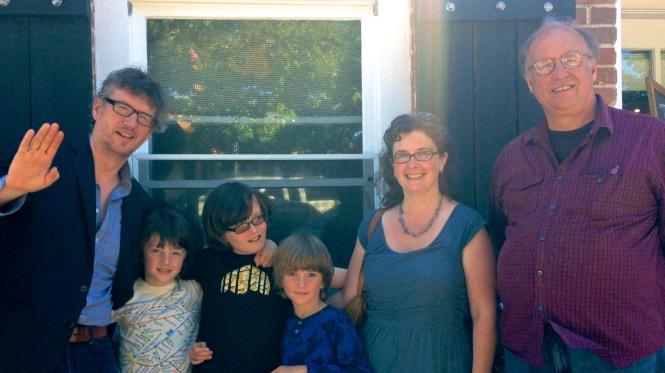 but my favorite is the radiance of my daughter’s smile on Mother’s Day.

Seeing the small is called Clarity.
Keeping flexible is called Strength.
Using the shining Radiance,
You enter the Light,
Where no harm can come to you.
This is called Enlightenment.

Pull up a chair. Take a taste. Come join us. Life is so endlessly delicious.  – Ruth Reichl

Not long ago, the words “Live to share” came to me on the tag of a teabag.  I saved it on the window sill with a fortune cookie message from the week before. I generally appreciate random bits of wisdom – these two spoke to me so strongly that I wanted to save them.

From now on your kindness will lead to your success.

If the fortune is true, I’m deeply grateful. What grace to be at a point in life where it’s enough to be kind, to live from the heart without fear, and to leave the world of comparison, competition and mastery behind until its tools are really useful.

I’ve been trying to live by kindness for a long time – who doesn’t love the Dalai Lama? – but the workaday world doesn’t always reward it, and when I was younger and more fiery, it wasn’t always so easy. But now, having received such a propitious cookie fortune, perhaps I can do it.

The tea tag appeals to me because it so precisely describes what I am doing with my life these days.

After my mother died and our children grew up, Tom and I were left with a ridiculously oversized empty nest. I’ve always felt that if we have such a big, beautiful space, we should share it, so we’ve filled it with friends and family, exchange students, SERVAS and warmshowers guests, and an array of tenants. I host women’s circles and meditation groups, we have advocacy groups and the French club here sometimes, and once a month we open our home for a community dinner. 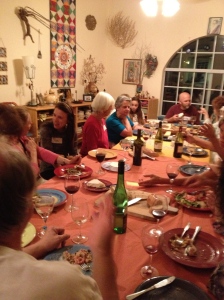 We began having Monday night dinners about 25 years ago. When the kids were younger we did it every Monday: open community dinners. We’ve used the same rules the whole time:  come promptly at 6, leave at 8, bring real food, and help set up and clean up.

The food is consistently excellent though we never plan it. In all those years, not planning only failed twice. Once we had one salad and many desserts. That wasn’t too bad – it was fun to have dessert for dinner. But the time we had all bread was not so much fun. The next dinner is the first Monday in April. Tell me if you’ll be coming so the right number of tables and chairs get set up.

For the past two years, I’ve been fortunate enough to earn a living by sharing the house with new friends from around the world through Airbnb. Some of our guests have already become old friends. What an exquisite joy it is to sit around on the deck after dinner enjoying a glass of wine or a cup of tea with old and new friends, discovering commonalities and sharing stories.

The exercise I get changing beds and cleaning, especially paired with a couple of dog walks a day, is perfect for me. The pleasure I find in hanging the sheets on the line and then making the beds, especially with my mother’s linens, is enormous. I love keeping the house fresh, clean and beautiful, and the extra cash flow is paying for many long-put-off maintenance projects. When I want the rooms for family or friends, I block the Airbnb calendar and everything is ready.

What more could I ask?

What you would grasp
let go
only those seeds that fall
grow. 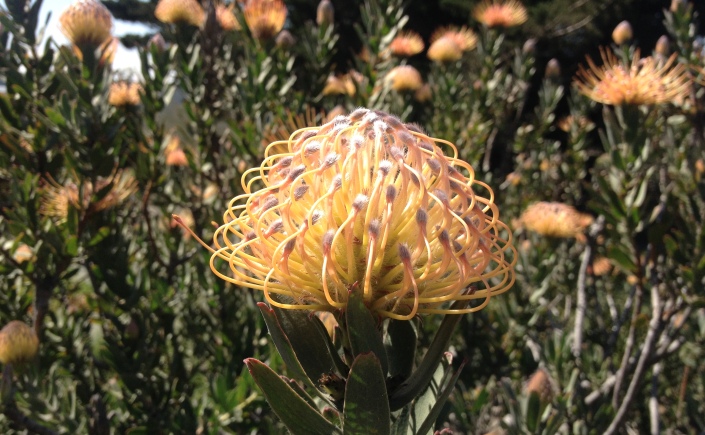 Another entry for you, Alice, as your teachings continue to unfold.

Noticing comes naturally as I practice slowing down. You once said to me,

“You don’t have to do anything.  Just let the layers unfold until your radiant soul shines through.”

Slowing down allows the light of consciousness to flow more freely; my attention, in a more relaxed and diffuse state, picks up sounds, scents, images that I wouldn’t ordinarily notice.

So, I return your poem to you with my pictures.

Or were there time enough

to sleep and dream

and mull the mind 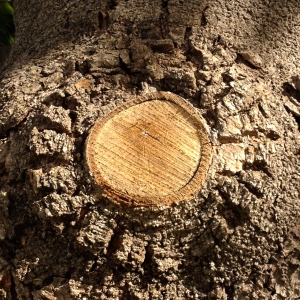 (and stumble on our guilts)

How simple then to walk the night

and touch the stars or taste the dew

smile at such gifts

and count ourselves among the few

and sing to others what they miss:

From the Archives of the Heart

Everything was opening its secrets to me in silence, without a word. Everything shone in my heart now instead of my head. The more I appreciated, the more I could see. It was a whole new way of learning, by listening to silence.         ao, The Beejum Book 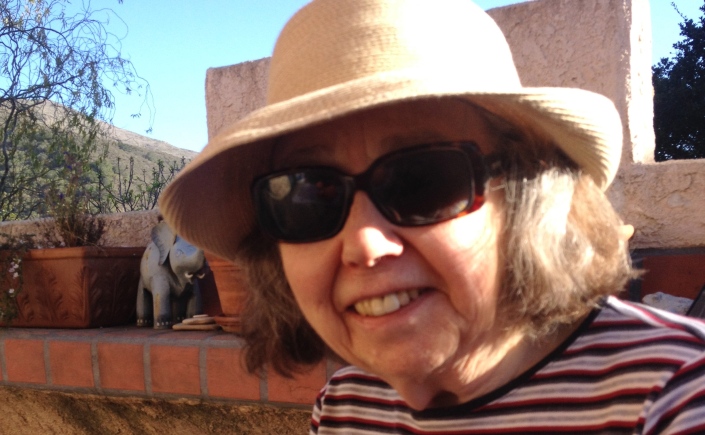 This is a warning: if you’re a neighbor of mine and you stop by in the afternoon for a cup of tea, you may well end up interviewed here. That’s what happened to Elisabeth Abrahams, dancer and dance therapist, playwright and yoga teacher, who lives just up the hill. Born and raised in England, Elisabeth is in her 80’s now. I’ve chosen to break my conversation with her into two parts; this is the first.

We sip black tea with milk on the deck and I ask her the same questions I asked Tom.

“On a routine day in your life, what makes you happiest?”

“What makes me happiest?” Elisabeth reflects for a moment. “Oh, when it gets to be around 3:30 or 4:00 in the afternoon, I like to sit down with a cup of tea – my latest tea taste is China Oolong tea – I don’t have milk in that – and some kind of a biscuit, a cookie.”  It is exactly 4:00 and I wish I had some cookies, biscuits, in the house, but no.

She laughs to herself asking, “Should I say this?” before going on. “The other thing I really like to do – this is earlier in the day – the tea thing takes place at about, you know, tea time – the other thing is to draw a warm bath in the morning,”  she sighs contentedly, “and sink into it and plan the day.” She smiles. “But usually what’s happened is the telephone goes, and my husband walks in with the telephone in his hand, and I have to get out of the bath,” she laughs, “and answer the telephone.”

(Take note: avoid Elisabeth too early in the day.)

Joe is 97 and going strong. They met on a blind date in San Diego is 1978 and they’re still dancing. When I met them a few years ago they were both retired from Atascadero State Hospital where he’d been a psychiatrist and she a dance therapist.

Elisabeth and Joe cutting the cake for his 97th birthday

I ask her, “In general, what activities give you the greatest joy?”

“Dancing,” she says right away. “Dancing of several kinds. I love to go to a ballet class, do the barre and do the moves to the music. I like to go the Madonna Inn and listen to music of the 30’s and 40’s and 50’s – and the 20’s! – and dance with Joe. I like to do a modern dance class if I can find one. That hasn’t happened for a while. And we love to dance around the house!

“I also like to read plays,” she smiles broadly, “and I should say, the best thing I’ve done in my life was to take the play I wrote to Edinburgh. I felt like a star.” Elisabeth is glowing. She takes a long sip of her tea and sets down the cup firmly. “I really enjoyed that.” 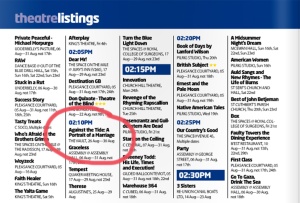 “Against the Tide  –  a portrait of a marriage” is a one-act play about Melanie Hahnemann, the Marquise Marie Melanie d’Hervilly Gohier Hahnemann, and her husband, Dr. Samuel Hahnemann, the founder of homeopathy.  It ran from August 26 to August 30, 2009, in the  Vault Theatre, a venue of the Edinburgh Festival.

“There’s a story from when I was working at ASH that illustrates it. They were looking for someone to be on a committee. They wanted somebody from each of the services and I’d recommended a young woman, a friend who’d come to work there recently. When she was turned down, I said I’d do it. I waited and waited to hear whether I was to go to this committee meeting but I was never called, so at last I went to my boss and asked what was happening. He shuffled his feet around and he said, ‘Um, you’d better go and ask Brenda.’

” So I go on to Brenda and she hems and haws and finally she comes out with it: ‘Well, you’re considered to be a little too argumentative.’

“And I grinned from ear to ear! She’d been sitting there, of course, so uncomfortable.

‘I am!’ I said, ‘I was brought up to be! That’s why they sent me off to study law!’ Brenda smiled and heaved a sigh of relief and said the other woman had been there long enough now and would I be satisfied if she sat on the committee. Of course I would, and that was the end of it.”

I ask Elisabeth, “What experiences in your life changed the way you see the world the most dramatically?”

“Well, that’s an easy one. In midlife, I went to UCLA to study Dance Therapy. I’d had a broken marriage, I was in my forties, and I was fortunate enough to meet Allegra Fuller Snyder, who is Buckminster Fuller’s daughter. I was a solid Churchillian Conservative in England, you know, didn’t believe in the National Health Scheme when it came in – I was most vocally against it. But I was ready to hear Allegra.”

The stories about that will have to wait, though. It’s time to walk the dog.

Alice O. Howell,  at whose feet I sit in this picture, whose student I will always be and whom I love without reservation, is 91 now. Cosy, kind or crotchety, she is being tended by family and friends in her home, Rosecroft, nestled in the Berkshires. It’s quite a winter they’ve had there, so I’m happy to pass on news from a friend who visited her last weekend. He writes that she is very much her old self and suggests reading her poem “The Sybil.” Thanks so much, Greg.

(I wish I could get the placement of the lines right but I don’t know how to do it here. Click on the title to see the poem properly.)

“Old Granny Larkin had age by the toe

and hollering for help.

She just shriveled up a little

every year with them boiling-downs.

depending on the kind o’ day it was

Her white hair kind of exploded

off her head – like it had a life all its own

and I mind, as a little girl

watching it raise up and move

this way and that

She was so old not a body ’round

knew about her young times.

She must o’ been born old 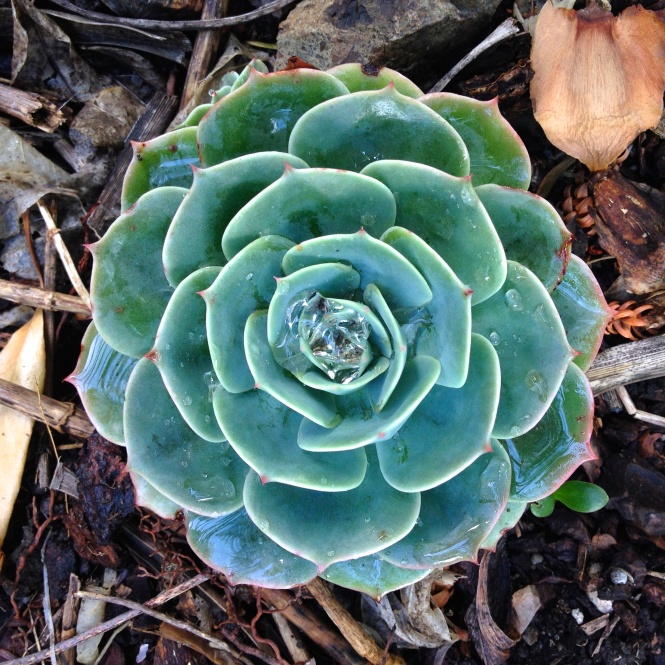 After the rain, a thousand thanks 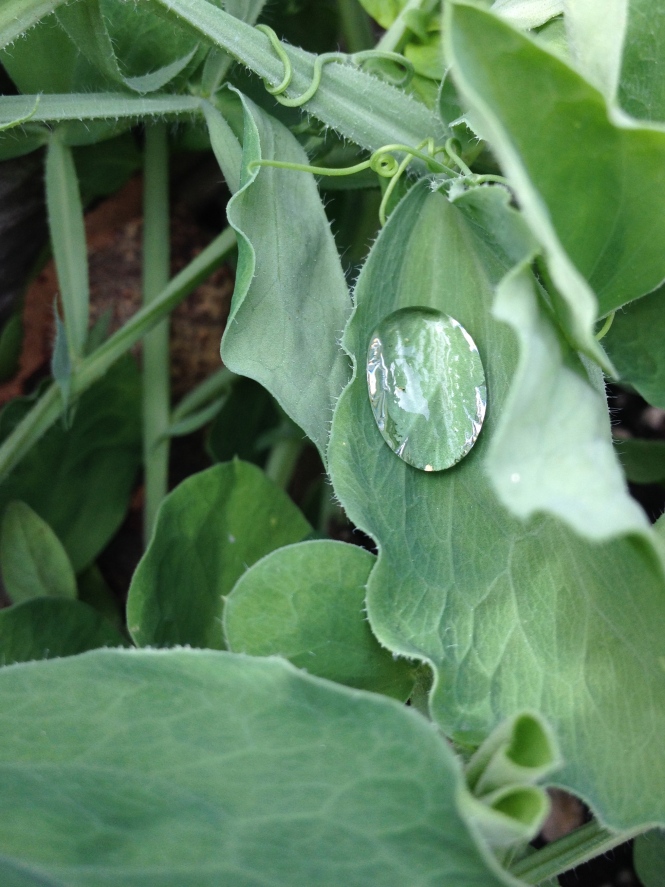 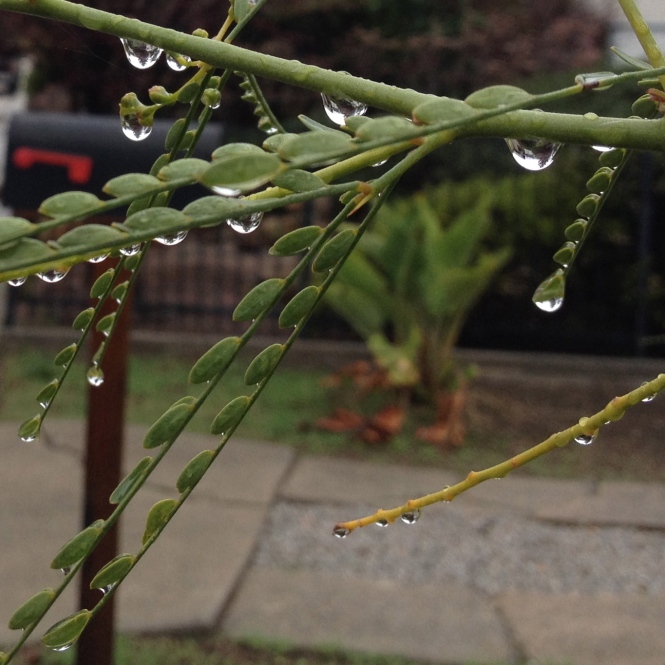