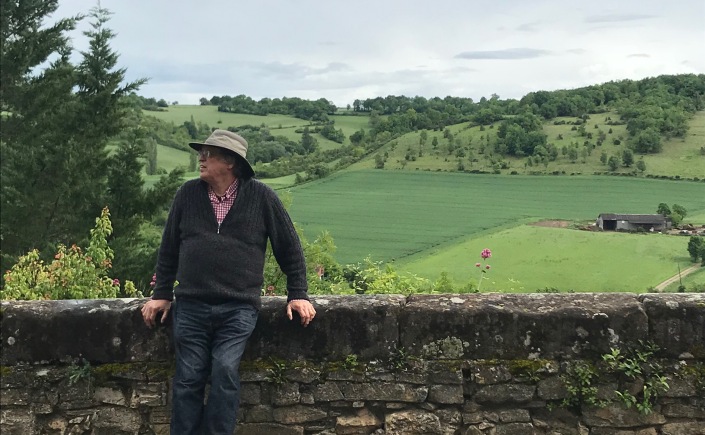 Cordes-sur-Ciel was built as a safe haven for people who lost their homes in the nearby city of Saint Marcel, which was razed during the Albigensian Crusade. Said to be the first of the bastides, it has five walls built in concentric circles.

(More about the history of Cordes-sur-Ciel can be found here.)

A neighbor recently told us that the stone wall across from our home is the unfinished fifth wall. Indeed, our house is just below the Porte de l’Horloge, the eastern entrance to the medieval city, which is in the fourth wall, built between the 14th and 16th century. Our neighborhood, quartier du Barri, is a 17th century suburb of the medieval village.

Cordes sits on a rocky outcropping, and is entirely built of local stone: limestone, sandstone, and dolomite. The houses are stone and the streets in the medieval village are cobbled. Walls surround every garden and line every street. 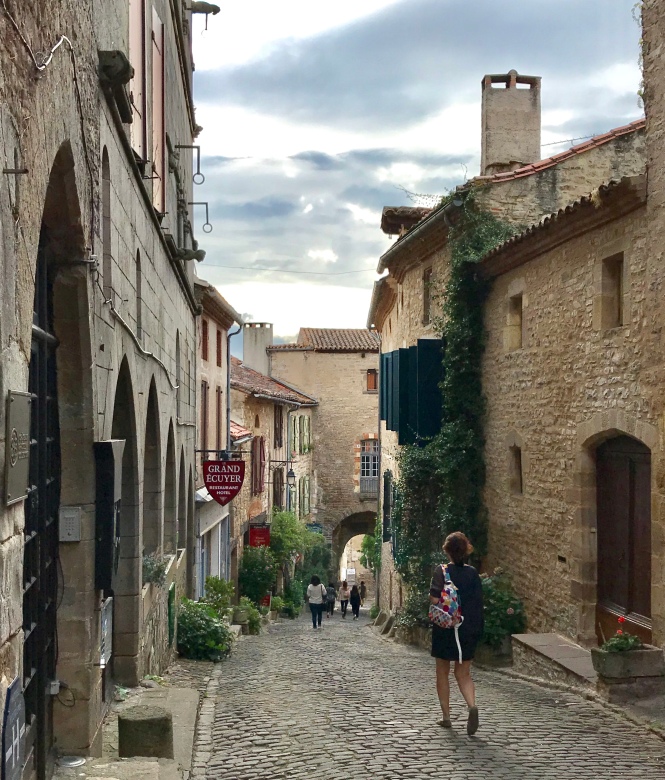 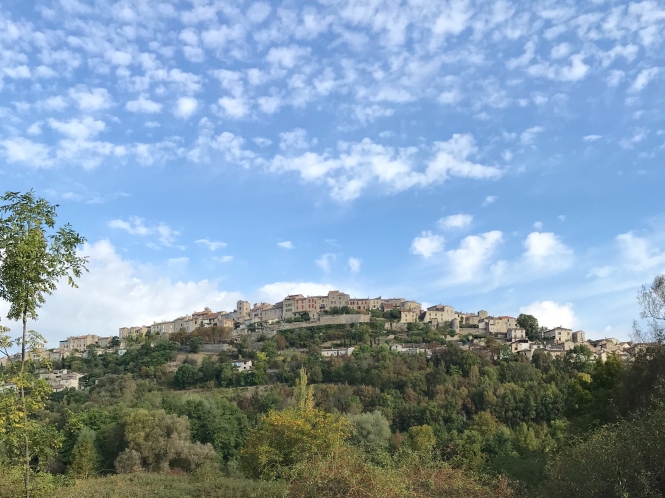 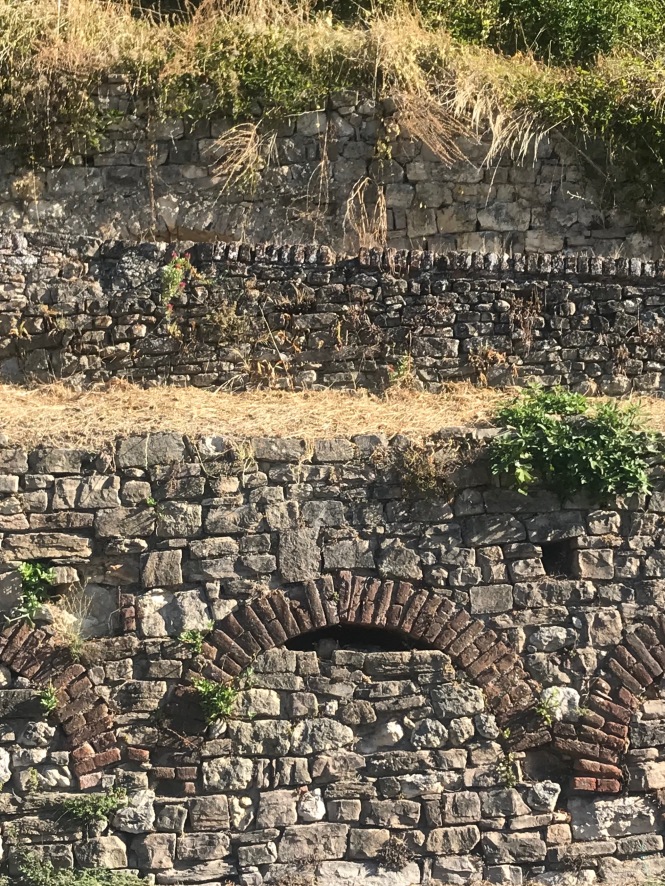 Living without a car gives me plenty of time to appreciate stone walls all around. One of the most delightful things about Cordes is its authenticity: it looks like and is a place that has been continually inhabited since the 13th century. The walls reflect its history. 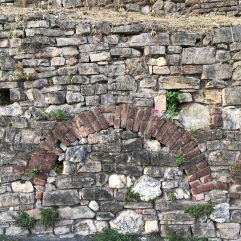 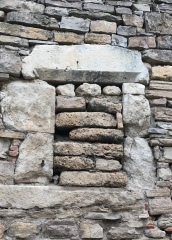 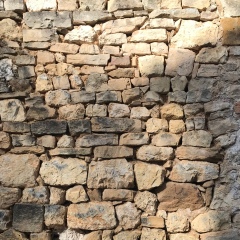 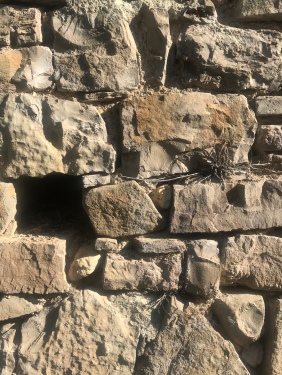 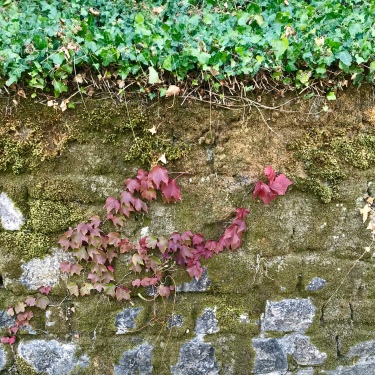 They bring me peace, connectedness, and a sense of stability. They are the keepers of the stories. 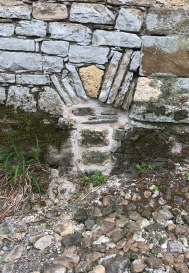 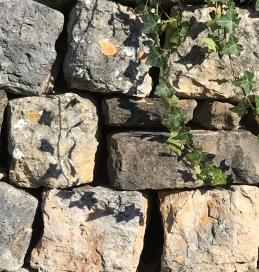 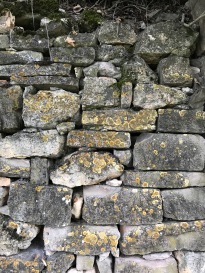 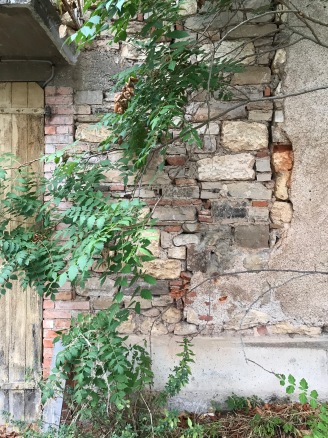 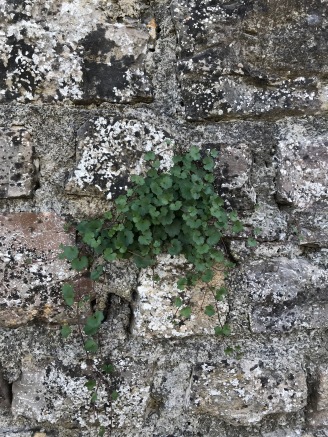 I never tire of their variety, their richness, their complexity.

In a village of art, the stone walls are perhaps the greatest art. 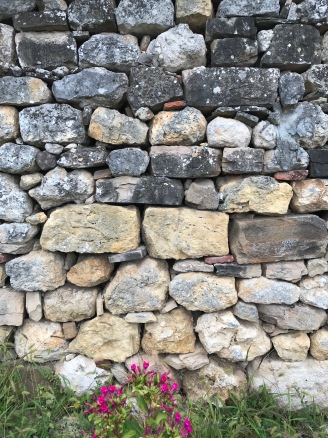 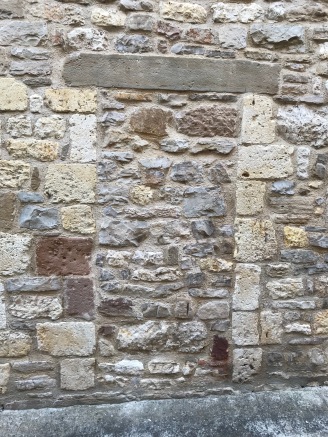 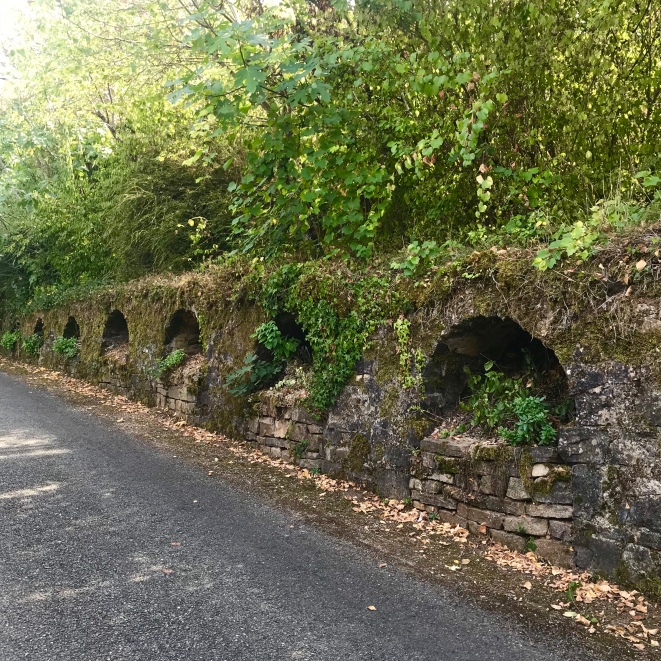